High-potency herbal and nutritional relief for period cramps and discomfort, in liquid capsules for fast absorption. The drug-free way to an easy period.* Vegan, gluten-free, non-GMO. No cramps,
no crisis

1 Take two capsules at the first sign of cramps. Repeat as needed, up to three times a day.

2 If you track your cycle, take two capsules the day before you expect cramps to start.

3 Take Cramp Aid on the days you’re experiencing cramps, rather than all month.

Hormonal fluctuations at the start of menstruation trigger inflammatory compounds to build up in the uterus.

Uterine muscles contract so powerfully, they can close off blood vessels that supply oxygen. This leads to period pain. Vitamins B1, B6, and B12 are key players in muscle contraction, nerve signaling, and hormonal regulation. Research shows they can help address a range of period symptoms and help restore important nutrition lost in menstrual blood.*

Zinc’s antioxidant and anti-inflammatory properties may help boost blood flow to the uterus, preventing the cut-off of oxygen to uterine muscles and the painful cramps that follow.*

Research suggests ginger inhibits the inflammatory compounds that cause period pain in the first place. Studies show ginger to be as effective at reducing period pain as conventional painkillers like ibuprofen, but with fewer side effects.*

Dong quai contains a number of compounds thought to promote antispasmodic activity.* Studies show it can help the uterus relax and contract in a normal, rhythmic fashion, helping to regulate flow and shed the uterine lining comfortably.*

Fenugreek is one of the oldest known herbal medicines. It’s used all over the world for various menstrual difficulties, like relieving cramping, controlling flow, and regulating cycle timing.*

We created our anti-cramp formula using the best peer-reviewed menstrual health research. We consider randomized, double-blind, placebo trials to be the gold standard. Find both of our symptom solutions
in the Period Rescue Kit.

Thank you for submitting a review!

Your input is very much appreciated. Share it with your friends so they can enjoy it too!

Excellent. I’ve stopped my birth control and started using this. I haven’t had painful cramps since I started. I can finally tolerate my cramps and I’m thankful to be able to end birth control and have a product that is natural and helps me get through my worst days. Thank you for this product

Definitely take right when you start feeling like cramps might be coming on. The longer you wait, the longer it takes for the cramps to go away. It really does work though. 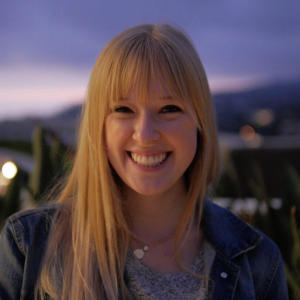 I have tried everything under the sun for my cramps - over-the-counter pain relief, Midol, heat pads, you name it - and nothing really seemed to stick. Saw this on Instagram and thought I'd give it a shot. The cramp aid helped a TON with the pain and bloating! Plus if you need to double up, it won't interact with other medications since it's herbal. So shook at how much better I feel. Definitely worth trying!! 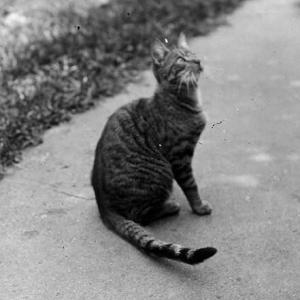 Background info first: I'm 25, I've always had heavy periods where my cramps would make me lightheaded. I relied on ibuprofen and ended up having to take more than the recommended amount (under the advice of my ObGyn) to get rid of my cramps and be able to work, until I got a stomach ulcer. I tried a few different versions of birth control pills, which did get rid of my heavy periods, but also came with severe migraines. I decided to quit it all and found De Lune. I was skeptical that ginger would be able to get rid of my cramps if ibuprofen couldn't. I've used Cramp Aid for six periods now, and will continue using it. I never have to take ibuprofen for my cramps, they are much duller and do not prevent me from working/doing what I want. I traveled 2 hours for work to photograph outside on day 2 of my period, having only taken 1 Cramp Aid dose in the morning and 1 at lunch, and never noticed my cramps. This is unheard of for me and I was convinced that De Lune was working. (I also recommend menstrual cups and period underwear to survive heavy periods on the road). There have been 2 periods while on De Lune that the cramps on my first day still left me curled up on the couch reaching for a heating pad. I was not lightheaded though. And during the remainder of my period on Cramp Aid, I could forget that I even had my period. Sometimes there may be a wave of dull cramps, but again, it's nothing compared to what I used to experience. Try Cramp Aid, you might just save yourself from the pain of period cramps and the guilt of having to take potentially dangerous OTC pain killers. I'm so grateful for Cramp Aid.

Love being able to offer my teens an alternative to OTC pain relievers. I had a question and emailed customer service and their response was quick and amazing. Very happy with our purchase.